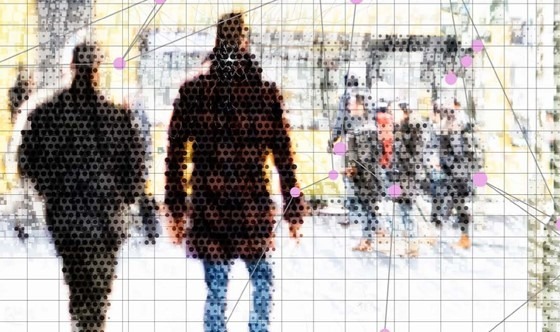 Prepared by IESE Business School´s Center for Globalization and Strategy and co-authored by professors Pascual Berrone and Joan Enric Ricart, the annual index analyzes the level of development of 174 world cities across nine dimensions* considered key to truly sustainable cities.

With cities being hit particularly hard by the Covid-19 pandemic, the latest edition of the index comes at an uncertain time for many urban managers. As such, the authors also detail seven recommendations for how to ensure prosperous, sustainable and resilient cities in the current context. According to them, “this crisis represents an opportunity to rethink many cities’ strategies and increase their resilience. To do this, our index indicates that greater public-private collaboration, as well as strengthening urban-rural links, must play a key role.”

How the world’s cities compare:

Globally, cities in Europe continue to dominate the ranking, with 27 among the top 50. This select group also includes 14 cities in North American, 5 in Asia and 4 in Oceania.

London’s No. 1 ranking is due in part to its international projection (an area in which European cities dominate) and human capital. It also achieves excellent results in seven of the nine dimensions evaluated. The two exceptions were the environment and social cohesion, where London’s performance was more mediocre.

New York tops the charts for its economy (an area in which 9 of the top 10 positions go to U.S. cities), urban planning (6 of the top 10 are North American), and mobility and transportation. Its great Achilles’ heel continues to be social cohesion, with one of the world’s worst performances on that dimension.

In contrast, Basel (21st in the general ranking), comes first for social cohesion, thanks to its fairly equal income distribution, low unemployment, crime and homicide rates. In this dimension, which is key to citizens’ quality of life, 7 of the top 10 performers are European, and 3 of them are Swiss. Another area with a standout from Switzerland is urban governance: Bern (31st in the general ranking) ranks highest.

For the environment, the best performing city is Reykjavik (5th overall), followed by Copenhagen (6th), thanks to their low levels of pollution and contamination.

For technology, Hong Kong (10th in the overall ranking) leads the way, followed by Singapore and San Francisco. It’s worth noting that Hong Kong stands at 10th place in the general ranking, after advancing 17 positions since 2017.

Seven recommendations for cities in a post-COVID world

Contextualizing these results amid the current pandemic, the report’s authors, Pascual Berrone and Joan Enric Ricart, provide a set of conclusions and recommendations which highlight the relevance of urban resilience today and the need to promote public-private collaborations:

1. People first. The COVID-19 crisis makes it clear that smart urban design must focus on the quality of life for its people. In this sense, cities should emphasize the joint advancement of social cohesion and the economy for a just recovery.

2. Identify what is essential in your city. City managers must determine their top priorities and which needs require the most resources, time and effort. The indicators in this report can be used as a diagnostic tool.

3. New strategies for a new environment. COVID-19 will impose a new future on cities. For example, social distancing measures mean low-cost mass tourism will no longer be an option for many cities; traditional retail will face tougher competition online; public transportation will have to be redesigned; public interactions in green spaces may change. Cities will have to adapt to this new scenario.

4. Resilience as a new urban paradigm. The pandemic has demonstrated the importance of cities’ capacity to overcome traumatic circumstances. Promoting a new focus on urban resilience is essential and it can be achieved by combining a solid infrastructure with agile and efficient management.

5. Recovery through collaboration. If all social actors (the public sector, private companies, civic organizations and academic institutions) collaborate, cities bounce back quicker. We must break down the “silos” that prevent us as leaders from seeing possible synergies.

6. Link between territories. In recent decades, the growing hegemony of the city has come at a cost to the countryside. However, during the health crisis, territories’ interrelation and dependency are increasingly clear. Reconsidering and strengthening urban-rural links can create more efficient systems.

7. Lead by example. For a quick, effective, and inclusive recovery, urban managers should lead by example, guided by principles of justice and collaboration for the benefit of all. “Ultimately,” the authors conclude, “we will need urban managers who apply the concept of smart governance, which includes accurate diagnosis, clear vision and multidimensional management of challenges.”

About the IESE Cities in Motion Index

*This seventh edition of the IESE Cities in Motion Index (CIMI) analyzes the level of development of 174 cities along nine dimensions considered keys to progress: human capital (developing, attracting and nurturing talent), social cohesion (consensus among the different social groups in a city), economy, environment, governance, urban planning, international projection, technology, and mobility and transportation (ease of movement and access to public services).

The interactive website also allows viewers to bring up the data for each city in the index, and compare two cities’ data at the same time.