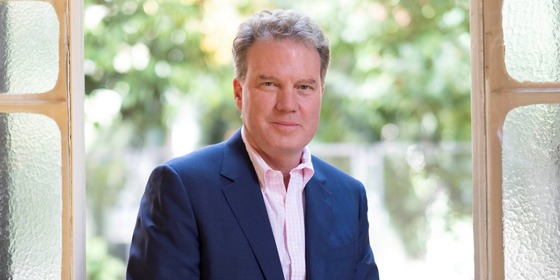 Greg holds a Bachelor’s Degree in Comparative Literature from Columbia College, and also studied at Columbia’s Graduate School of Journalism. He has spent most of his career abroad as a foreign correspondent, first for Time Magazine and then for Fox News. From 2012 to 2018 he worked in the Vatican, first as Senior Advisor  for Communications in the Secretariat of State and most recently as the spokesman for Pope Francis.

Since leaving the Vatican, Greg has been following closely the anti-slavery and anti-trafficking movements, and will continue as a consultant for the Arise Foundation while at IESE.

The 2018-2019 academic year marks the 60-year anniversary of IESE Business School, which is the graduate business school of the University of Navarra. Founded in 1958, the school is one of the world’s most international business schools, with campuses in Barcelona, Madrid, Munich, New York and São Paulo. Consistently ranked within the top ten worldwide, IESE Business School has pioneered business education in Europe since its founding. For sixty years, IESE has sought to develop business leaders with solid business skills, a global mind-set and a desire to make a positive impact on society. The school distinguishes itself in its general-management approach, extensive use of the case method, international outreach, and emphasis on placing people at the heart of managerial decision-making. In the last five years, IESE has positioned itself as number 1 in the world for Executive Education programs, according to the Financial Times ranking.

IESE´s first Master in Management class starts this week
X
We use cookies to enable website functionality, understand the performance of our site, provide social media features, and serve more relevant content to you. We may also place cookies on our and our partners’ behalf to help us deliver more targeted ads and assess the performance of these campaigns. You may review our Privacy Policy and Cookies Policy here.Accept
Scroll to top